Blogging is fun but it also has to be real. I like writing about the things I’m thinking and doing. I’ve been writing in my journal since my mom gave me Diary of Anne Frank to read when I was a little girl. I have journals that record happy moments and sad moments, times in my life that I would rather not revisit because they hurt to think about but which, someday, it might help me to be able to reread them. But I also like blogging because there  are some parts of my life that I get to share with you, reader.

When I started the Runwright blog, I thought it would be specific about running. In time, I realized that it can’t be only about running. As much as I think about running or talk about running, I am not a full time athlete. And even full-time athletes have other things going on in their lives. They have families, they volunteer for causes, they read books, they attend church, they decorate their houses, they try new vacation spots. Life is not about any one thing. Because whatever the activity you are engaged in, the rest of your life impacts or is impacted by said activity and it’s not a true representation to only speak of the activity without mentioning its surroundings.
A book is made up of many chapters. A play is made up of many scenes. And sometimes they don’t all seem related, but in the end, they tell the real story. 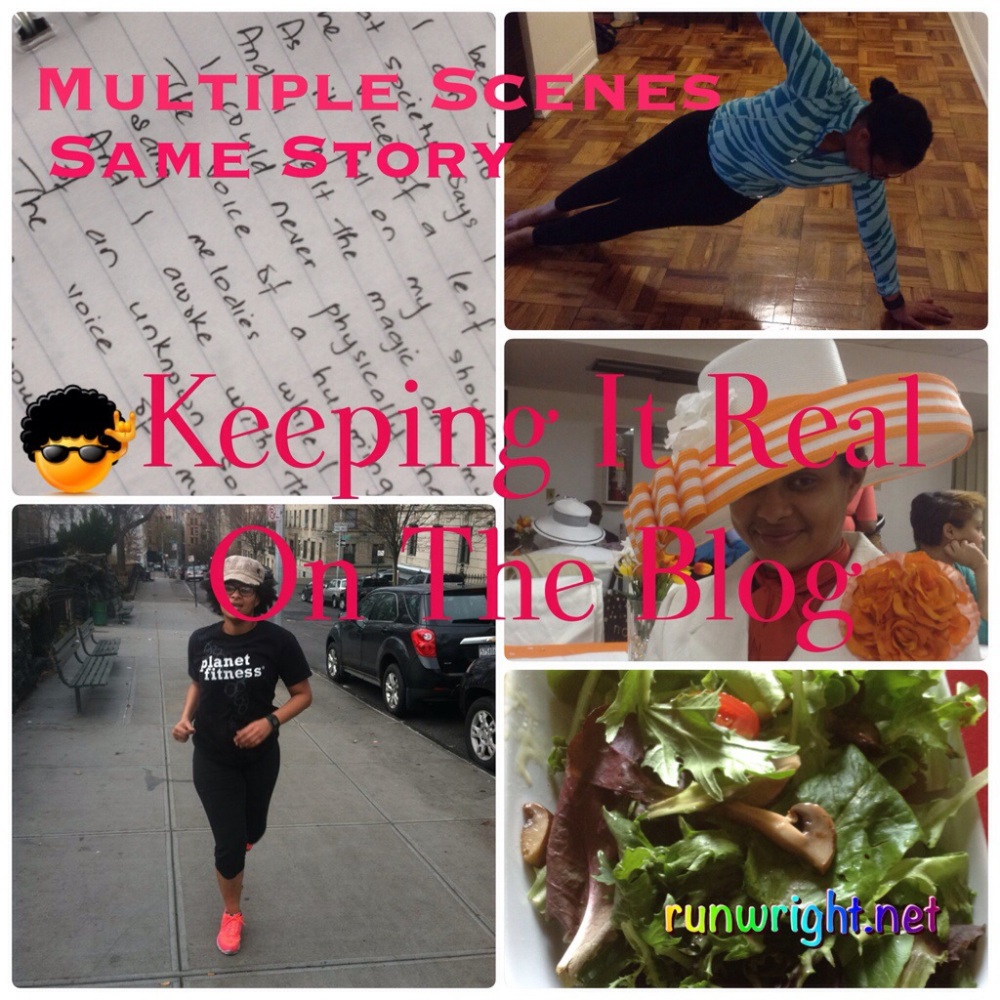 Whether I run, how I run, how I feel during and after the run, are all part of running. What I do in between runs is just as important as what I do during runs. That’s why the blog focus is no longer just RUNWRIGHT, but rather Eat Right, Live Right, RUNWRIGHT. The activity that is RUNWRIGHT is still the core message but it’s not the entire story.

Like this week. I haven’t run in a few days because I’ve been fasting. I didn’t plan to mention it because I think fasting is not something you need to announce to the world. Like you don’t have to pray aloud to have deep conversation with God. Some of the most sincere prayers are done in your bedroom or in your secret closet. Fasting is not about public recognition or sympathy for how hungry you must be. But in the interest of full disclosure, I want you to know why there’s no running activity on my Runkeeper app if you follow me on Twitter. I didn’t abandon the plan but I’ve had to scale back some of my physical activity.  I’ll be back to regularly scheduled programming soon.

Until then, I am fasting and praying and occasionally (actually more often than that), I think about food 🙂 As such, here’s a recommendation for you. Consider checking out the The Lean Green Bean blog. When I started reading food blogs, this was one of the first I found. The blogger, Lindsay, hosts a foodie pen pal program where you can exchange food packages with another reader. I haven’t tried it but it looks interesting.

Other blogs (some about food) that I’ve found recently and like are:

Angie Eats Peace. Angie is vegan and I’ll be writing a guest post on her blog in a few days.

Two Cups ‘N Run. The blogger is a runner who lives in Israel. Someday, I hope to convince her to give up coffee for good but until then, I am content with how she inspires me with stories of her running adventures.

Hungry Runner Girl. Janae posts a lot about running crazy long distances but she also posts lost of pictures about what she eats (lots of awesome stuff) and her adorable almost-2-year-old daughter. And what I really like about her is that she’s a Christian too – she teaches kids at her church’s Sunday school.

So those are some of the other “diaries” that I like reading and these are all women sharing their lives with the rest of the world, the running and the non-running parts of it. And I think that’s awesome.

If we’ve learned anything from Maya Angelou, it’s that when the stories, you make a true connection with people.  Anyone can make up a good lie but it takes a brave person to reveal their truth and stand naked and unashamed.

Any blogs that you read regularly that you’d like to share with me or the other readers? (And they don’t have to be running related)

Hope you have a great day. Eat Right, Live Right and RUNWRIGHT!