A sad but inspirational weekend, my Sunday morning experience centered on two men who had died and what people said about them. Watching the funeral for executed police officer, Wenjian Liu and I heard this quote:

“They say you die twice. One time when you stop breathing and a second time, a bit later on, when somebody says your name for the last time.”

It’s a quote by Banksy but it moved me – we have a responsibility to keep alive the memory and preserve the legacy of the people who inspired us, those who we loved and who have now passed away. So yesterday I called the names of my grandparents – Albert Hutchinson Lloyd, Vera Lloyd, Keziah Wright and William Wright – because they are responsible for who I am and I’ll keep calling their names and talking about them so they are never forgotten.

Then I learned that Stuart Scott died. The end of an era! I watched the video they had prepared for his ESPY award and I cried, moved, because that’s a man who left a real legacy by his professionalism, but also in the way he handled his illness and how he lived his life.

But now that the weekend is over, time to do things toward building my own legacy. My goals this week:

What short-term goals are you working on this week?  And if your goal is to read more, know that you’re in good company. I heard that Facebook mogul Mark Zuckerburg’s  resolutions is to read a new book every two weeks. He’s chosen to read The End of Power first. Click the image on the left to purchase your copy of the book. The End of Power

And this is the picture I took when I finally left my apartment on Sunday afternoon, a gray, rainy, wintery day in New York City. 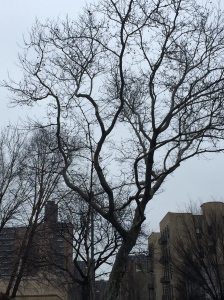 I hope you have a great week ahead. 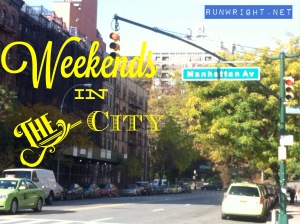