They say a picture can tell 1,000 words and here’s what these 5 photos are revealing about the week I’ve been having.

1. Two weeks ago, a larger-than-life painting of the Pope was on this building across from Madison Square Garden. 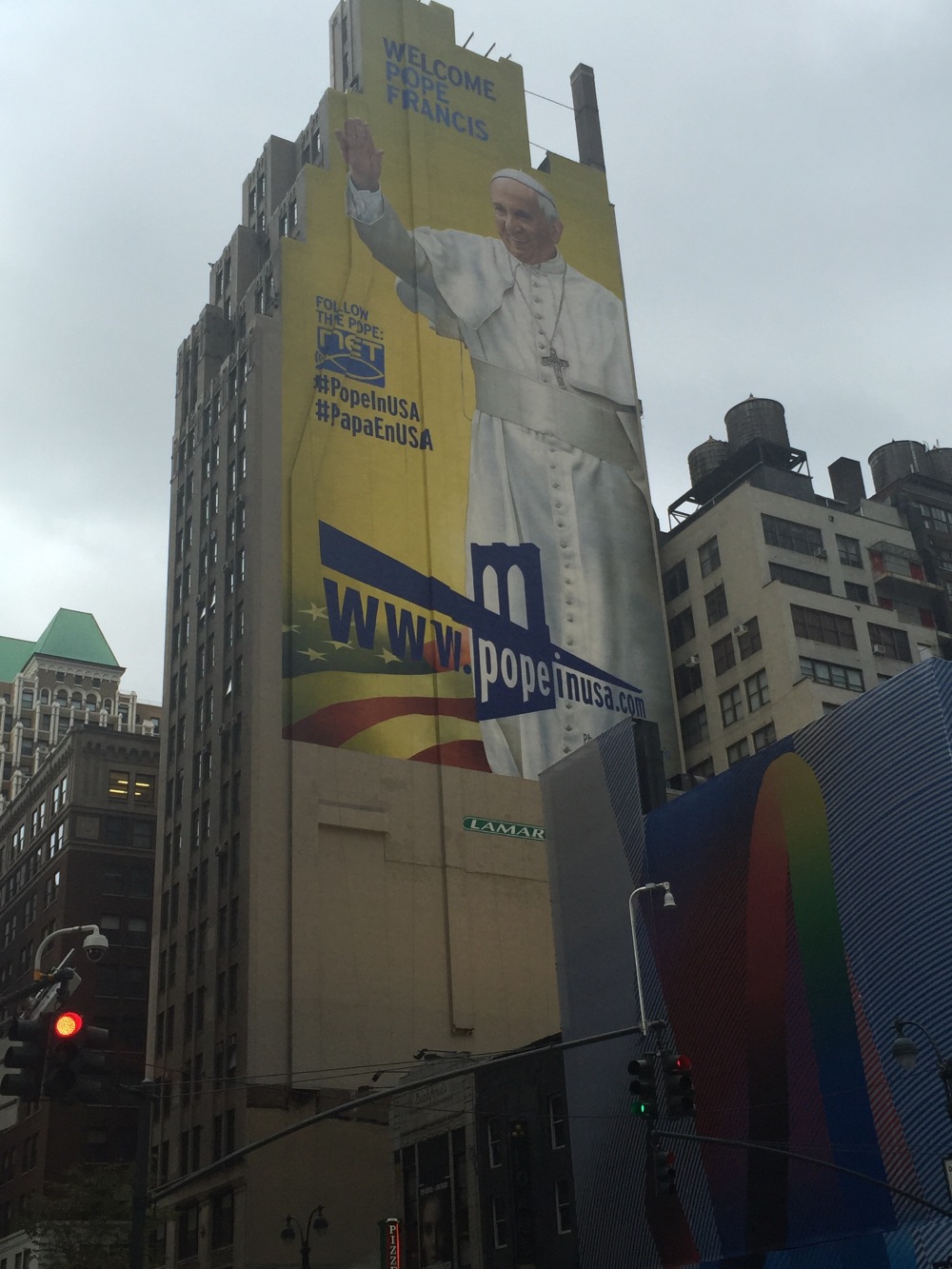 Today, it’s been replaced with a different kind of inspiration reminding us to make the most of our lives. 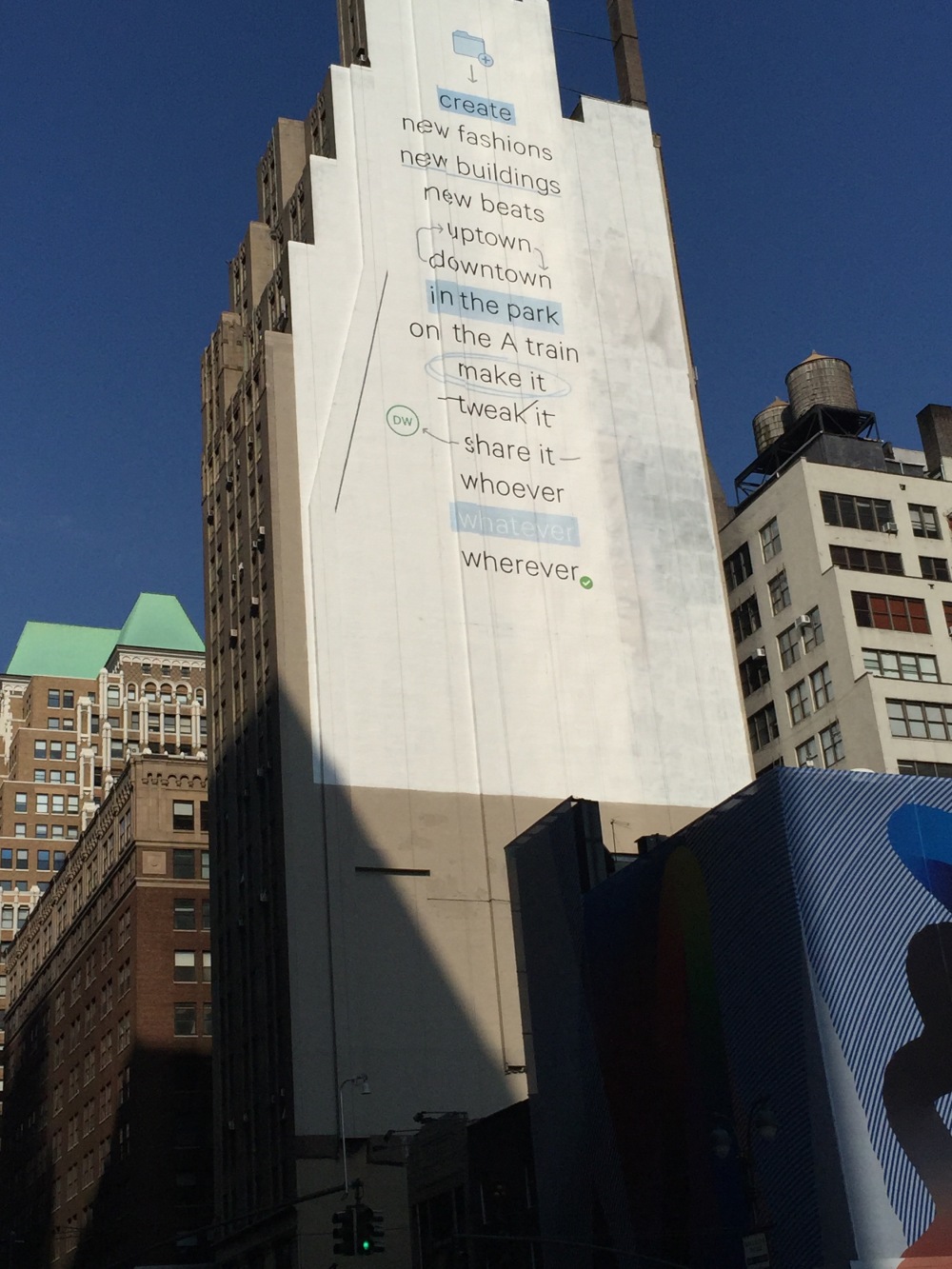 I was having a conversation with my friend about writers creating characters and sometimes the stories take a different turn, almost like the characters become real enough to make their own choices. And then I looked up and there was this sign, reminding all of New York to create something. Coincidence?

2. I fell in love with this staged bedroom while walking through Macy’s at 34th Street. Epiphany: I think I might just be gravitating towards beds because of my recent bout of insomnia 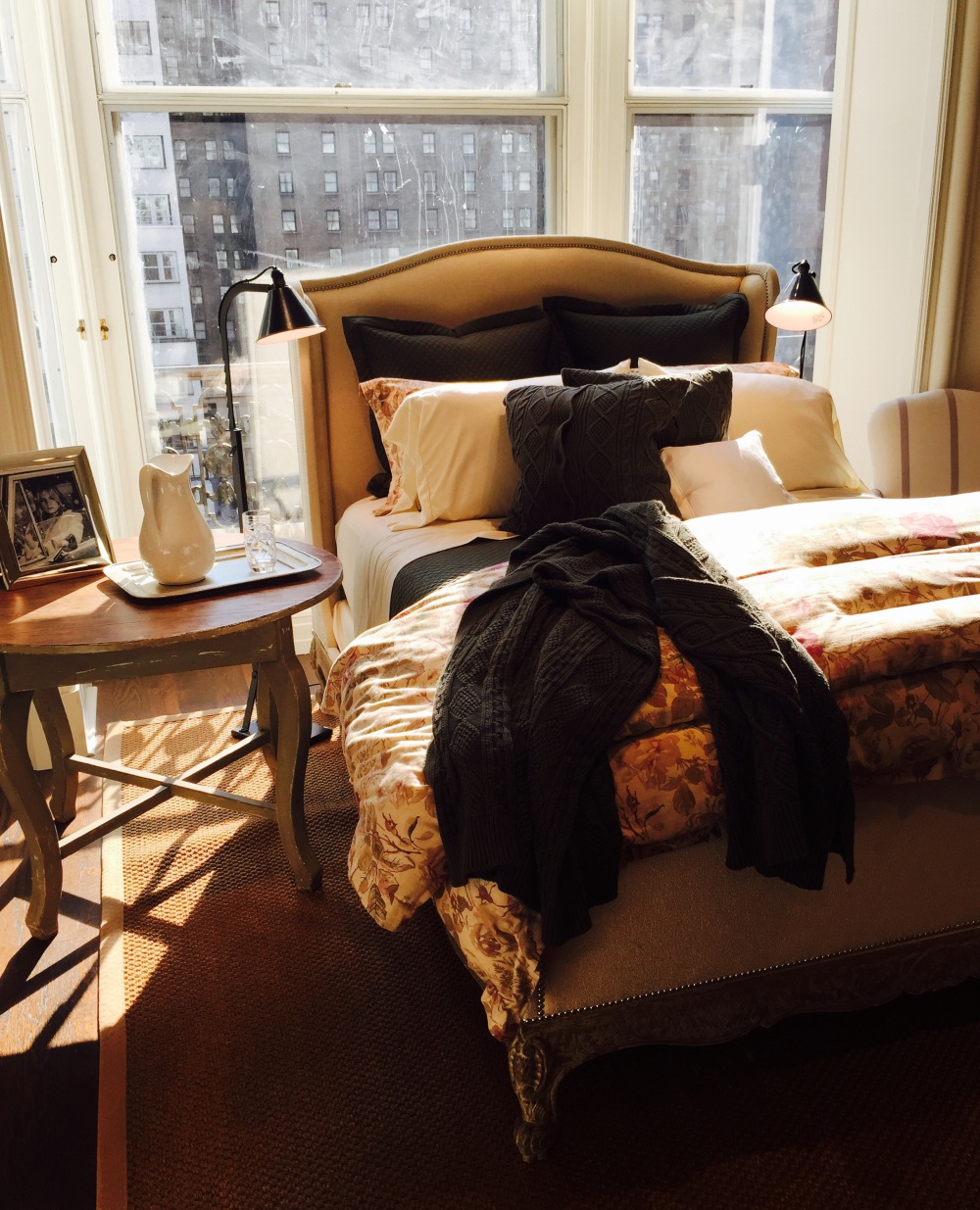 3. This book haul from the library because Columbus Day weekend is a great opportunity to lie around and read. 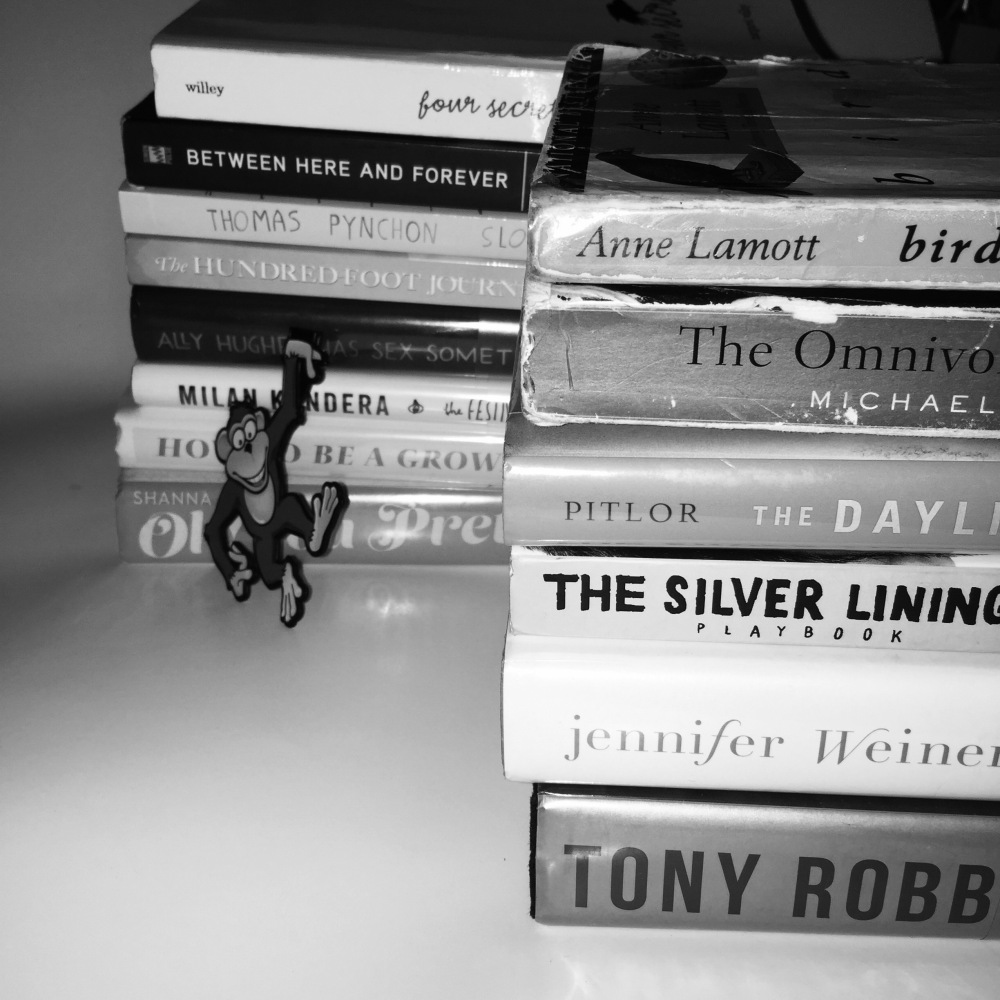 4. The scene on my downtown train this morning. 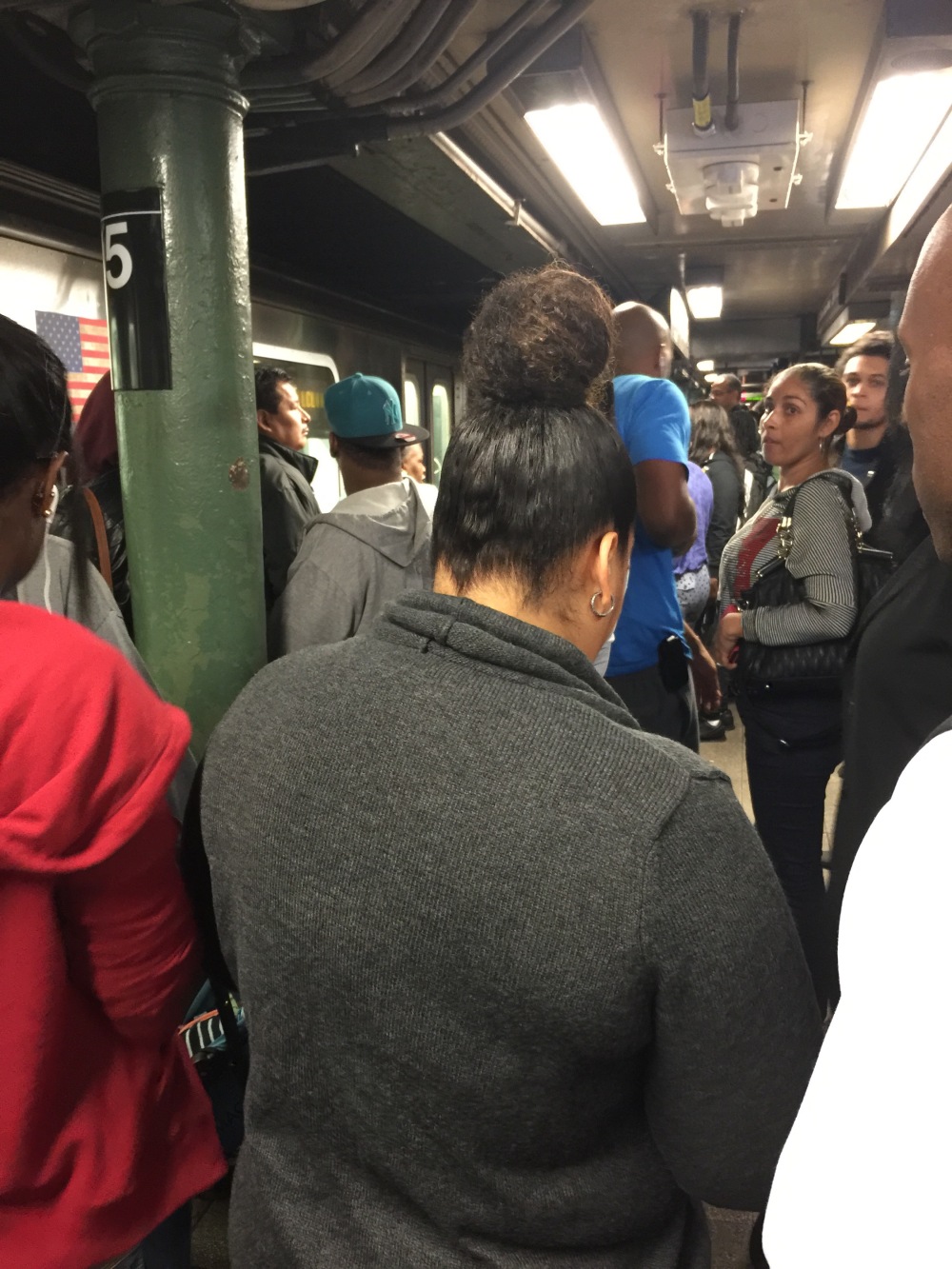 So let me set up the scene for you. I was a little early and the train in the station was crowded. They have these boards that tell you when the next train is coming so I decided to wait the 4 or 7 minutes for the next less-crowded one. 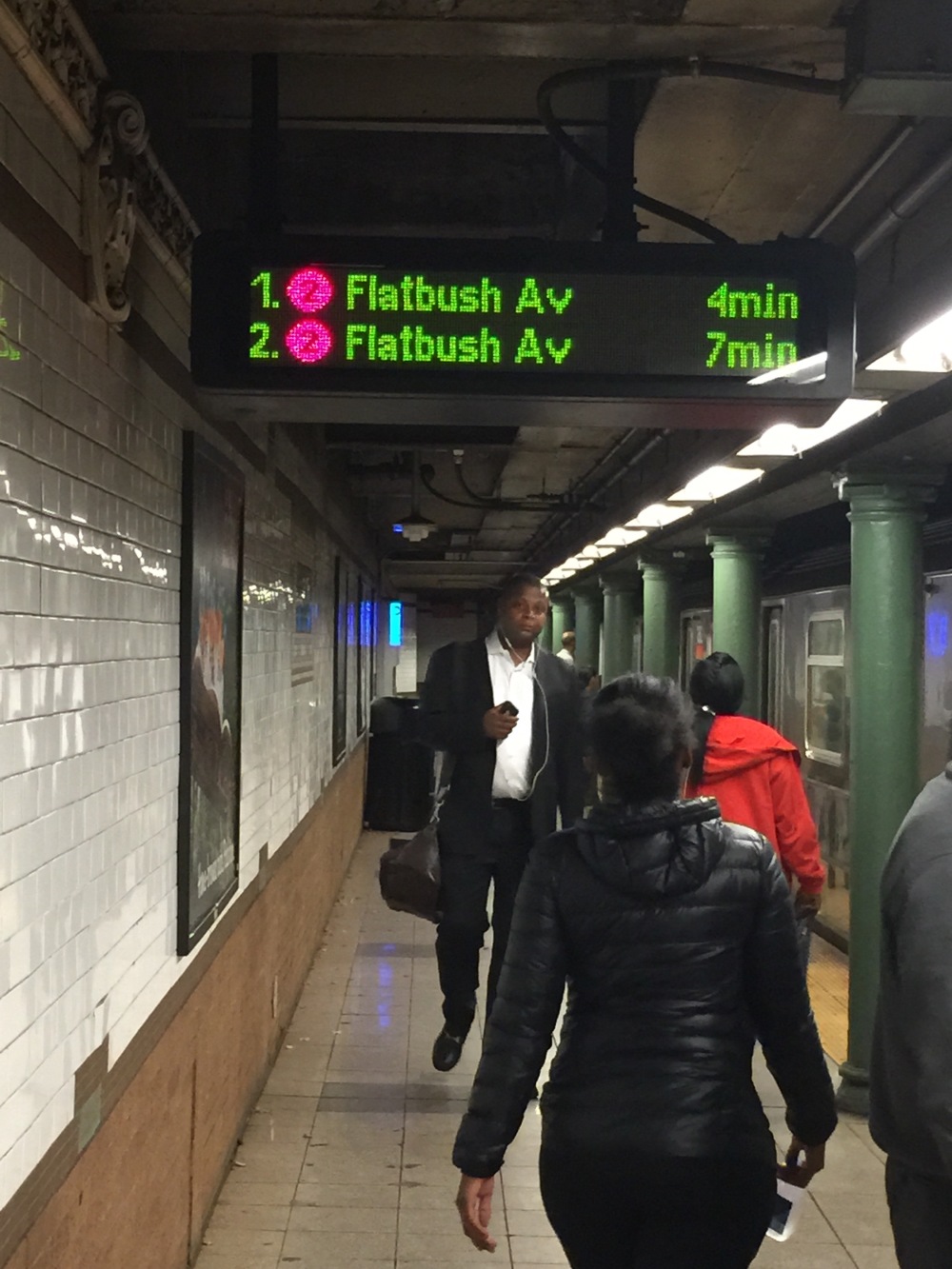 Except people kept forcing their way on so the door wouldn’t close. Finally, it got really empty on the platform but the doors still weren’t closing.
Then I heard someone yell out the attendant in the station booth. “We need a medic. Someone is having a seizure down there!”

So I went over to look. After all, I do have CPR and First Aid training! Maybe I could help. There was a woman standing in front of a seated woman, fanning her with an envelope. She wasn’t seizing. I know what that looks like. I could also see that the “patient” was still gripping her umbrella between her knees. Her motor skills were good. She wasn’t seizing. Maybe a little warm in the crowded train, maybe a little faint, but definitely not having a seizure.

Anyway, the conductor came with his radio, said some things into it and before you knew it, people started piling out onto the platform, transforming the platform that previously had only me, into a sea of angry commuters. And overhead, the announcement, “this train is now out of service. Please exit the train!”

When they confirmed that all the other passengers, except for the not-seizing woman, and the woman fanning her, maybe her health-care proxy, has gotten  off the train, they closed the doors and moved it out of the station.

This isn’t what they used to do when someone needed medical attention. They used to stay in the station until medics came. Maybe this situation is different because there is only one track and it would delay all the trains behind it. Thank God that there was another one behind it, so the anger didn’t last too long.

Moral of the story: always leave extra time for unexpected delays on the commute.

5. When you talk about things a lot, your family and friends use the cues to get you you gifts. I’m always talking about Starbucks so it’s really fitting that I got this instant pack to recreate the experience at home. 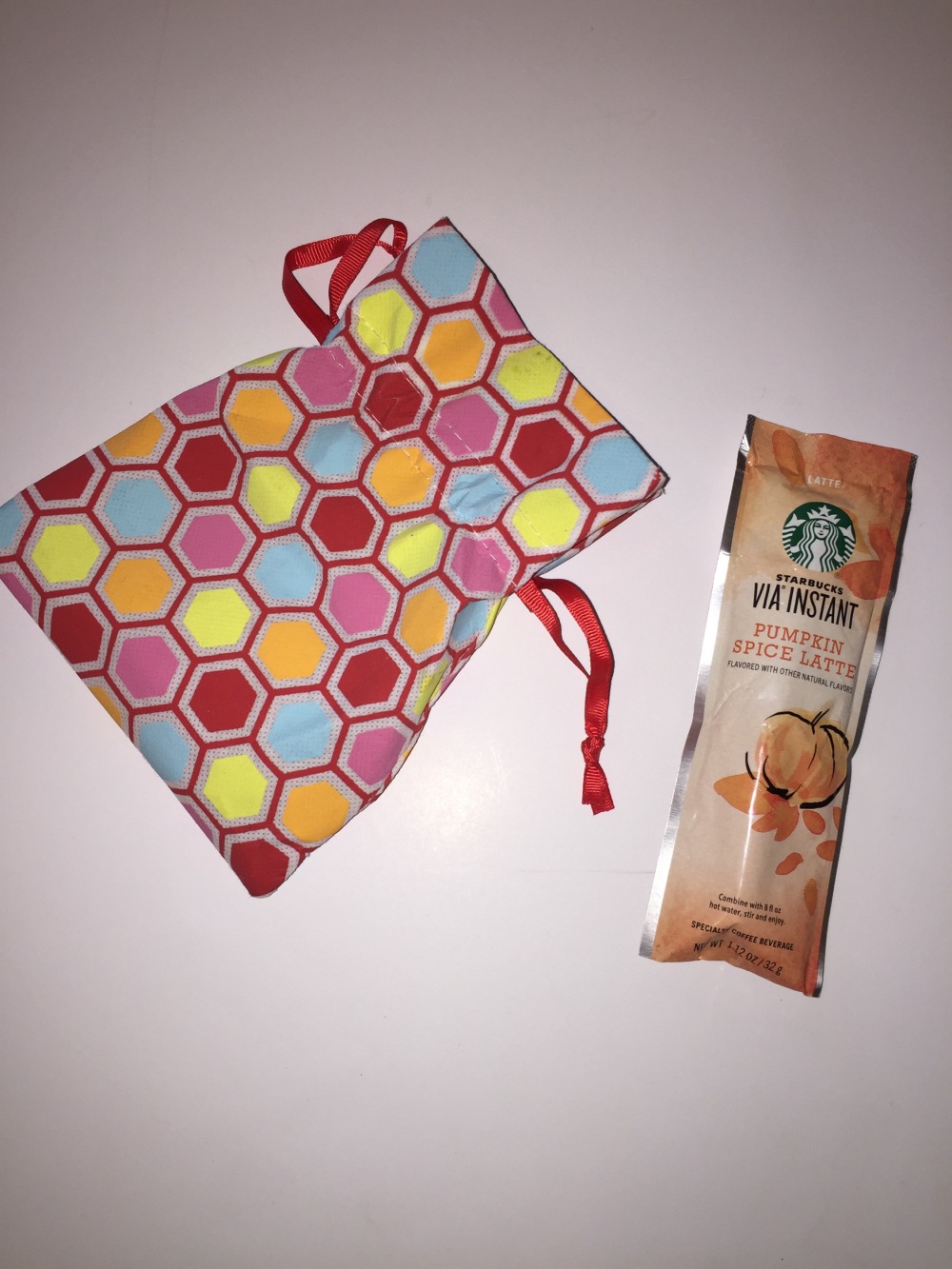 And that was the week in a nutshell. What were your telling moments?