I haven’t done a Weekly Reads Wednesday post for a while and that’s because since I’ve been focusing on my own writing, my reading pace has drastically decreased. I’ve done a few book reviews for the sites I read for, including: 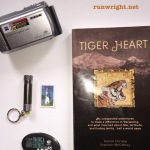 But, reading has always and will always be simply a source of pleasure for me. Here’s what I’ve been reading just for kicks since my last WRW post:

Leave a Reply to Erin of TexErin-in-SydneyLand Cancel reply