So often, when we’re busy or stressed, we daydream about what we would do with just a little more time. Students, for a chance to read the chapter one more time before the test. Workaholics, for a little more time to spend catching up in the office, perhaps. Partygoers, for a few more spins from the deejay, maybe so they could finally hear the song they’d been waiting for all night? Couples in love, for the few extra minutes they could spend locked in embrace before the world came knocking. Why would you want more time?

This morning, we had the chance to put it to the test. At 2:00 a.m. today, the clocks turned back and “magically”, an extra hour was added to everyone’s day. So what did you do with that extra time?

Sunday, November 6th was race day for about 50,000 people here in New York City. They used the opportunity to lace up their running shoes, show up at their starting gates and run 26.2 miles through the city to earn their TCSNYC 2016 Marathon medal.

Kudos to all the marathoners, especially to this fellow blogger. This was her last race as a New Yorker since she’s moving to Texas soon and I imagine it was an emotionally charged race for her. Most runners have similarly interesting/emotional/tearjerking stories of why they ran today.

Some people got up a little earlier to get to church on time. Some were already at work and got a little extra pay because they ended up working a longer shift. Others were home and watched an extra hour of TV. Some caught up on some much needed and well deserved rest. What did you do?

Me, I fell asleep early, missed the time change but woke up at 2:30 a.m., delirious because I knew I’d had enough sleep. I stayed in bed until morning finally broke, reading this short story collection and watching the first rays of sunrise shoot past the buildings that block my view of the eastern horizon. 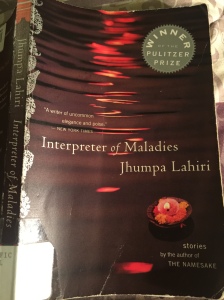 The true test of a person’s intent is what they will do when given the opportunity.

If you want to know what you’d do with extra time, just check what you did with the extra hour you gained this weekend. If you’re content, keep doing what you’re doing. If you’re not happy with how you’ve spent your time, make some changes – no sense throwing hours after the seconds you’ve already wasted.

Next year, I plan to spend my extra hour getting ready for the marathon. I entered the sweepstakes and  will enter every drawing I need to, to win a spot in the 2017 race. I’ve tried before and failed but I feel like 2017 is my year to finally accomplish that goal.

How did you spend your extra hour? If you had another extra hour tonight, would you do it all over again?