It can be pretty expensive to live in New York City but if you’re patient and creative, there are also lots of free activities you can indulge in. This weekend, I spent an hour or so perusing the collection at The Studio Museum of Harlem – admission is free on Sundays. As you might imagine, the museum is relatively small, compared to the thousands of artifacts displayed at The MET or Guggenheim but still, there is lots to attract here.

The artwork is a sheet of tiny bronze tiles wired together and with a thick rope that would have been the tie to hoist it around the giant goddess’ shoulders. Looking at le manteau, I imagined myself as royalty, queen of my castle, before I returned to life the way it really is.

The next piece was a collage that captured my imagination and inspired so many emotions. If the piece was for sale, I might have made them an offer. I could imagine myself waking up and looking at this scene every day and each time, seeing something different. Indeed, if someone pulled back the curtains on your thoughts, what would they see?

From another exhibit, I learned that there are black cowboys, although one of the men being interviewed for the 13 minute documentary being displayed on the huge monitors, declared he isn’t a cowboy, but rather a horse-Man. 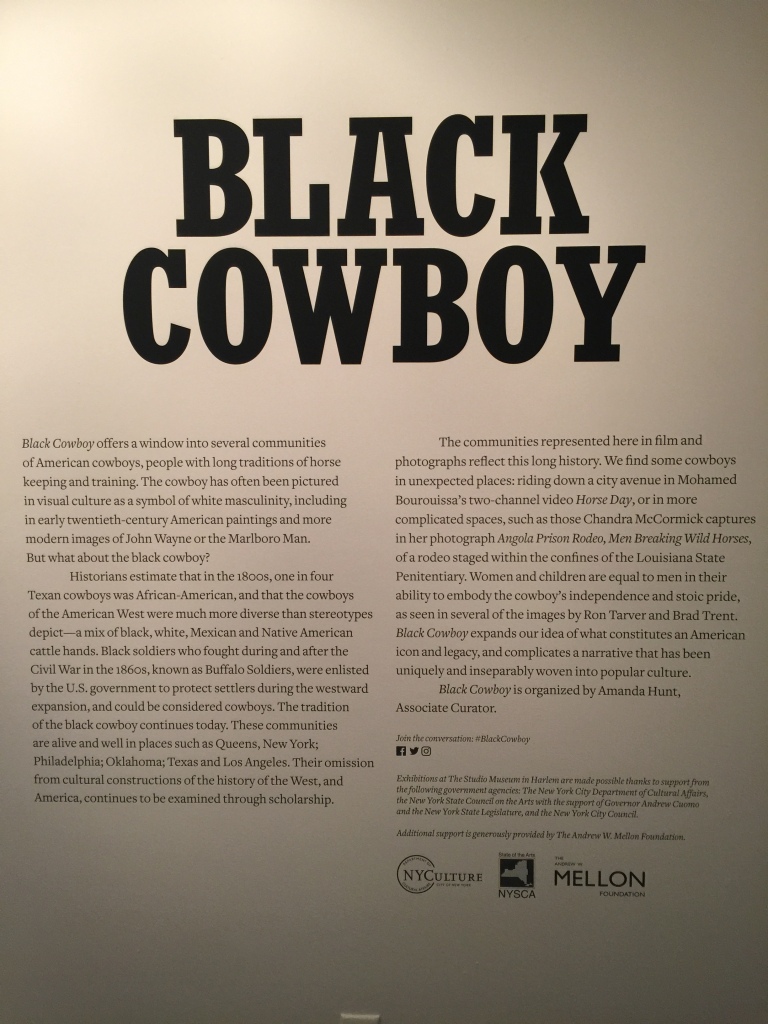 Other things that captured my attention:

There’s lots to do and see in NYC and a lot of it is, indeed, free.

What did you do this weekend?