Last week, I made a list of some of the best books I read in 2016. But of the 100 books I read last year, there were a few that I enjoyed and that I think flew a little under the radar that do deserve a little more attention. A few of those are:

Remember Mia /Alexandra Burt was about a young mother suffering from postpartum depression and memory lapses who loses her baby and doesn’t report it to the police or her husband who is traveling for business, because she thinks she has to find the baby on her own. The story is told from her faulty memory and experiences so the narrative is spellbinding and emotional and spun very well.

JoJo Moyes received  a lot of attention for Me Before You but some of her earlier works might be even better crafted stories. One of those is Silver Bay, a story about a woman who loses her child in England and hides out in a relative’s hotel in a secluded part of Australia where she meets a man who comes to help her family but forces her to face her past. The story is a romance but also documents whaling in such an informative moving way.

Another of Moyes’ books is  The Girl You Left Behind. This historical fiction juxtaposed the stories of two women from different eras and shows how both women came to having a valuable painting and what the work of art comes to mean to their lives. It is romantic and dramatic and very well written.

Mr. Potter / Jamaica Kincaid is the biography of a fictional character named Roderick Potter, the choices that his parents made that led him to become the person he is, and the choices he in turns makes that leads to his non-relationship with his illegitimate daughter, the writer who finally tells his story to the world without his  commentary or correction.  Kincaid’s writing style is so unique and the story so well expressed, it evokes both nostalgic and regretful memories and should have won her an award.

Two Across / Jeff Bartsch was a novel I read late in 2015 but it still counts for this list, I think. It is about two socially awkward, gifted teenagers who meet during a Spelling Bee tournament and decide to reject the life plans their mothers have for them and fake a marriage instead so they can use the wedding gifts to live the way they really want. The novel explores the drama that comes with young love and infatuation and its uniqueness is that its written with crossword references – makes a great read for puzzle aficionados.

What books have you read lately that you wish more people knew about? 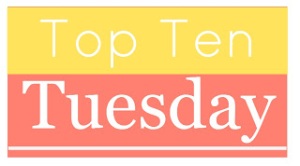 Links to Goodreads reviews of the books.