The quote above is from a familiar passage in the Bible – Matthew 7:7-8. Well-known thinkers of our time have weighed in on the idea in these verses.

Ask and receive. I don’t ask for what I want nearly enough. Why not?

Whatever my reason for not asking for what I want, it’s silly. Even the Bible tells me to ask for what I want. I should start doing that more often. And what about you? Have you sabotaged your own progress by making any of the excuses that I’ve held on to?

How easy is it for you to ask for what you want? 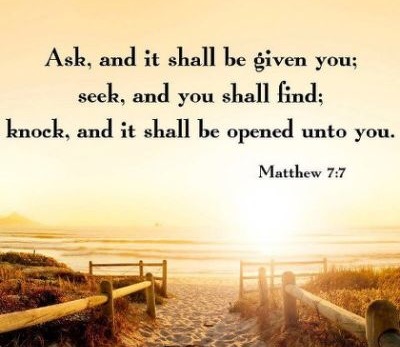