I went to one of those painting events. The task sounded simple enough – here’s a picture, here are the same pigments the artist, along with the same tools – brushes, stretched canvas, easel and sundry mixing palettes. Now, go recreate the picture. Sounds simple but it’s impossible.

When I was a child, my family would watch painting master Bob Ross create 40 minute masterpieces on TV. We would marvel at the way he could angle a fan brush or a paint knife to achieve what looked like blurry photographs in some instances. He was that good but in my childlike mind, I suppose I thought it also couldn’t be that hard to do what he did. It’s not hard; it’s impossible. 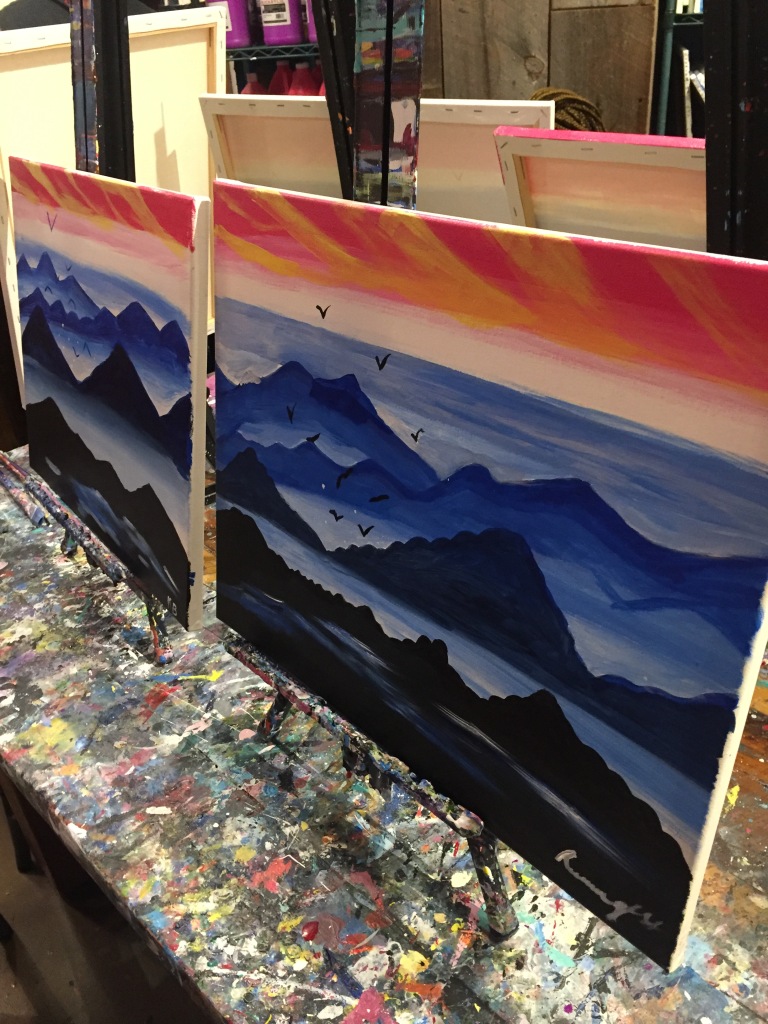 No two paintings will ever be alike. Not even done by the same person because since the painter himself is different at both sittings, not even he can recreate a picture he did in the past. He might have made one painting when he was younger, new to the type of paint, been sitting in an uncomfortable room, felt rushed because the technique was being introduced to him or worried that since this was his first canvas, maybe he should have sketched the outlines first and what was he thinking believing that he could do this thing freehand. Retuning to the easel even just a few days later, he would have been more comfortable or at least thinking different thoughts, even if this time, he was just trying to improve on his previous creation.

The point is that we grow and change even when we don’t notice. And we shouldn’t be so busy comparing ourselves and finding ourselves lacking. Life is yours to live on your schedule, not compared to anyone else’s. No two lives will ever look exactly alike and why should they? The painting is yours to make it any thing you like. There might not be a gallery opening in your immediate future but that’s just because you haven’t yet produced a body of work. Keep painting. Keep writing. Keep… whatever it is that you do. The art, and therefore the life, is yours to design and make your own.