Synopsis from the publisher

In her brand-new series, Brenda Jackson welcomes you to Catalina Cove, where even the biggest heartbreaks can be healed…

In the wake of a devastating teen pregnancy that left her childless and heartbroken, Vashti Alcindor left Catalina Cove, Louisiana, with no plans to return. Now, over a decade later, Vashti reluctantly finds herself back in her hometown after inheriting her aunt’s B and B. Her homecoming gets off to a rocky start when the new sheriff, Sawyer Grisham, pulls her over for speeding, and things go downhill from there.

The B and B, a place she’d always found refuge in when it seemed like the whole world was against her, has fallen into disrepair. When a surprising benefactor encourages Vashti to reopen the B and B, Vashti embraces a fresh start, and soon old hurts begin to fade as she makes new memories with the town—and its handsome sheriff…

But some pasts are too big to escape, and when a bombshell of a secret changes everything she thought was true, Vashti is left reeling. With Sawyer and his teenage daughter determined to see her through the storm, though, she’s learning family isn’t always a matter of blood—sometimes it’s a matter of heart. 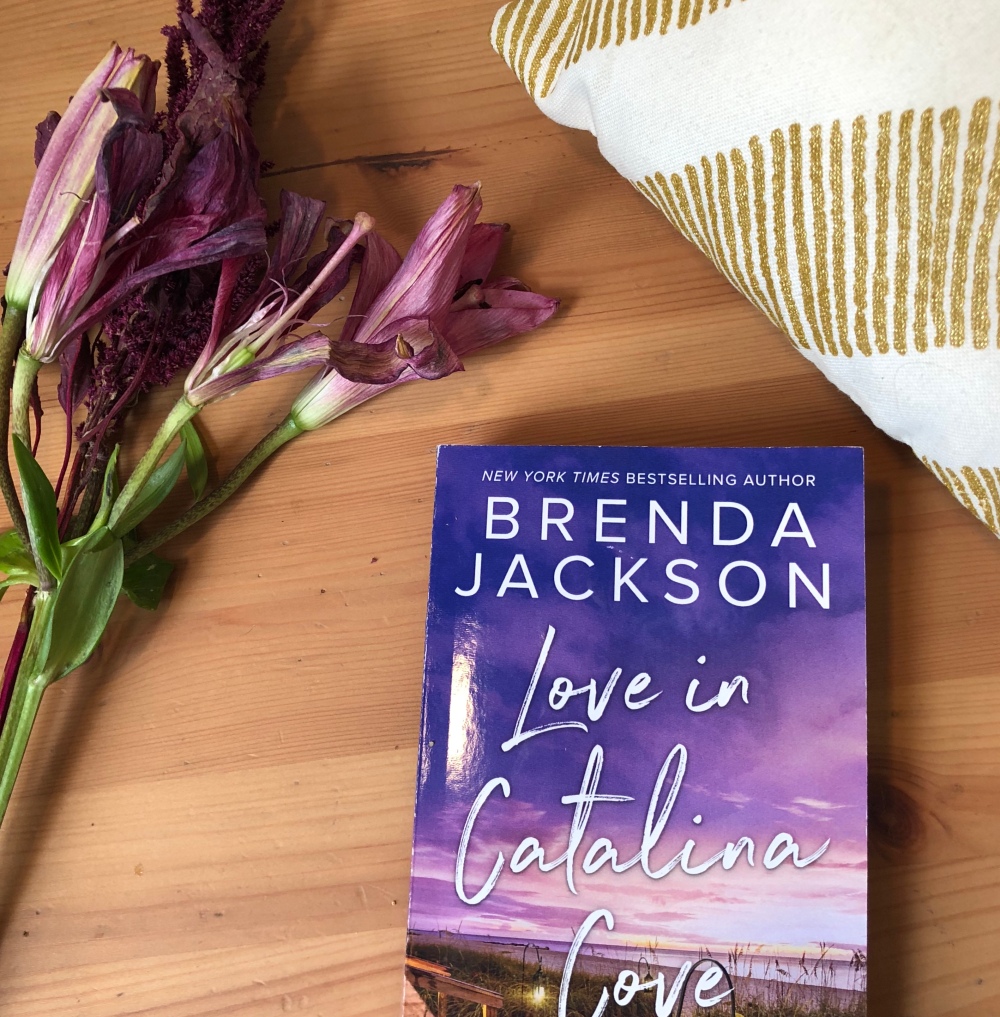 Brenda Jackson is a good storyteller! Despite any writing gaffes, reading Love In Catalina Cove was a very immersive experience and I found myself turning pages furiously to get to the next scene as fast as possible. Having left a small town for New York City myself, it was easy to relate to Vashti’s conflicted feelings about returning to her hometown and reuniting with the two groups of people from her past – those who supported her in stark contrast with those who abandoned her when she needed them most. I liked that the author didn’t just write a plot that would have Vashti returning to everything she left; instead, her love interest is also new to the town, a transplant who has enough ties to be considered a part of the community but is new enough to warrant piquing her interest. The new sheriff, Sawyer, a single father of a teenaged daughter after his wife succumbed to cancer, is already a sufficiently complex character but his wholesome values made him endearing to read about as well. In what could have been a simple romance novel, Jackson then tackled controversial topics like teenage pregnancy, adoption, drug and alcohol abuse, cancer, single parents, mixed heritage and land preservation in the picturesque Louisiana Bayou setting. I am anticipating the rest of the series where I assume we will get more about the charmingly feisty, multidimensional characters that the author introduced in this first installment in this Catalina Cove series.

I received a free copy of this book from TLC Book Tours in order to provide this review. All opinions are my own.